OpenSea's NFTs marketplace is on the center stage, grabbing massive investments from VCs backing the internet to be more Web3 based.

The end of 2021 saw the conversations around Web3 catching the world's attention. Notably, the talks between Jack Dorsey and Marc Andreesen, with Jack Dorsey going ahead and saying that VCs will essentially own the Web3. Built using blockchain and cryptocurrency technologies, Web3 essentially is a decentralized perspective to redesigning the internet, making Web3's dynamics perhaps opaque or anonymous. Thus, Jack Dorsey's words could be valid enough as VCs and investors are upbeat about owning the new building blocks of the internet. VCs define Web3 as an internet owned by the builders and users, orchestrated with tokens. This very definition gingerly presents substantiation to Jack Dorsey's statement, as VCs are heavily investing in startups at the helm of laying down the building blocks of the new internet. OpenSea is one of these startups.

From The New York Times:

OpenSea, one of the most talked-about blockchain start-ups in Silicon Valley, said on Tuesday that it had raised $300 million in new venture capital, making it the latest company to cash in on a rush to fund cryptocurrency start-ups.

The new round of funding, led by the investment firms Paradigm and Coatue Management, brings the start-up’s valuation to a staggering $13.3 billion just four years after it was founded. OpenSea previously raised more than $100 million from a host of investors, including the investment firm Andreessen Horowitz and the actor Ashton Kutcher, according to data provided by the company.

OpenSea, a marketplace to buy and sell NFTs, was set up in 2017. NFTs are essentially tokens used to represent the ownership of art, collectibles, real estate, and other items. As aforementioned here, OpenSea is built on the principles of blockchain and cryptocurrency technologies, essentially making it a Web3 economy. The NFTs marketplace is on the center stage, grabbing massive investments from VCs backing the internet to be more Web3 based rather than the currently predominant Web2. Post OpenSea receiving the funding, what's worth noting is that the marketplace has a valuation of $13 billion.

What's also worth noting is that these Web3 economies coexist along with the Web2 economies, using a similar platform strategy of building an ecosystem of creators and users. The difference is that the transactions are token-based, private, and anonymous.

Let's look into this excerpt from Crypto News Flash.

...hackers managed to steal 15 of the popular Bored Ape NFTs from the Ethereum-based NFT marketplace OpenSea. As per Todd Kramer, the owner of the NFTs, the hacker has stolen a total of 15 apes and mutants.

While OpenSea struggles with its own security issues, it has also entered a squabble over the approval of the Phunky Ape Yacht Club (PAYC) on its platform. The NFT platform also banned this NFT series since it has been based on the Bored Ape Yacht Club (BAYC).

PAYC has been very much identical to the Bored Ape NFTs with the only change that it’s mirrored.

Based on the premise that OpenSea is a Web3 economy, ideally, once the NFTs are transferred from one party to the other, irrespective of the intentions, the NFTs would not be able to be frozen. And undoing the transactions between the two parties is not possible too. However, this is not the case on the OpenSea platform or marketplace; possibly, there is a protocol to resolve a situation in which peers have conflicting claims about the state of data stored in the blockchain. If a platform has to thrive, it must create a trust protocol for the users (buyers and sellers), irrespective of the decentralized, encrypted, and private transactions. Without the trust protocol, a platform will have no sellers, and without sellers, there wouldn't be any buyers, and vice versa.

OpenSea is by far the most dominant marketplace for NFTs, accounting for almost 97 percent of the volume. Over the last four years, the marketplace has created an unparalleled stickiness for buyers and sellers alike, making it the go-to platform for trading NFTs. Such is the virtuous cycle and stickiness (e.g., by reducing the transaction costs) of the OpenSea marketplace that both sellers and buyers have benefited each other. As OpenSea has become a go-to channel or core destination for NFTs trading, no buyer or seller wishes to jump or shift to a different marketplace, essentially giving OpenSea a dominant position in the market. This position is why OpenSea has received a market valuation of $13 billion, and it keeps attracting significant talent from other industries. If the company can sustain itself for the long run needs to be seen. 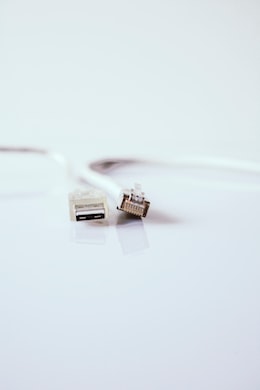 Software Companies as part of the Automotive Value Chain 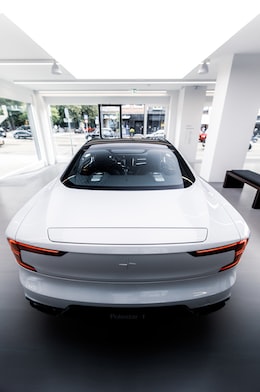