All about Twitter's Possible New Beginning

Post Jack Dorsey's exit and the appointment of the New CEO, Parag Agrawal, on November 29, 2021, Twitter has seen quite a few changes.

Since November 29, 2021, Twitter - the social media company - has witnessed a stream of changes.

On November 29, 2021 - early morning, CNBC announced to the world that Jack Dorsey is expected to step down as Twitter's CEO. Hours later, the channel confirmed this, along with the news that former CTO Parag Agrawal would be filling up the role.

Elliot Management Corp., an activist investor in the company since 2020, demanded Jack Dorsey take up one role rather than two since he was splitting his time between Twitter and Square (digital payments company). Add to this, his hands-off approach to running Twitter was also a problem. Elliot was also worried about the company's prospects. Twitter, although incredibly influential, has been miles behind its peers - Meta's Facebook and Instagram, Alphabet's YouTube, and Bytedance's TikTok concerning the user base and the revenue growth. So the mandate to Jack Dorsey for Twitter was to increase the user base and speed up the revenue growth - perhaps by growing the ad market share and introducing new services.

Twitter has seen some progress - its monetizable active daily users (mADUs) have reached 211 million in Q3 2021, an increase of 13 percent from last year. However, the numbers remain flat for the US. The company has also reported a 40 percent YoY growth in revenue - $1.28 billion in the third quarter of 2021, including ad revenue of $1.14 billion. Advertising and data licensing form the two sources of revenue for the company - advertising being the most significant one. Although there has been an increase in revenues, the growth is slow. At the same time, peers such as Snap have seen higher growth during the respective periods. The reason - Twitter's low digital ads market share. The pandemic hit Twitter the worst, considering that the company relies mainly on brand advertising rather than direct response advertising (85:15 ratio). Changes in Apple iOS 14 (App Tracking Transparency feature) were less problematic than the pandemic to the company.

Twitter and Jack Dorsey have been navigating and battling the regulatory bodies. Although the company has been vocal about its plans to introduce new ad formats, including new shopping formats, creator-focused revenue streams, and a push towards more personalization, it needed a fresh breath of air. I believe the departure of Jack Dorsey has just ushered in this, a change to address the cultural conflicts from within, to be an effective gatekeeper of social media, and introduce new business models for speeded growth.

And perhaps Jack Dorsey himself required a new challenge, and Square Payments (which has been renamed as Block now) is evident to this requirement. More on this in a different space.

One must note how this departure and appointment transition happened within Twitter. Elliot had discussions with Jack Dorsey to plan his departure appropriately, with a smooth transition to the next CEO in line. First, there were new product launches before Jack Dorsey's exit. Then there were extensions to the privacy and security policies of the social media platform and changes in the organizational structure with additional top management departures right after. These things indicate a process planned by the company well in advance, some of them enforced to change the way Twitter functions in the future.

Given that data privacy and security concerns are mounting up across the world, Twitter has more often than not has found itself on the wrong side of the bargain. As a result, the company has taken up gatekeeping the media on its platform by adopting policies that give data sensitivity vital importance. It had already set information privacy and media policies. There were extended further on November 30.

Beginning today, we will not allow the sharing of private media, such as images or videos of private individuals without their consent. Publishing people's private info is also prohibited under the policy, as is threatening or incentivizing others to do so.https://t.co/7EXvXdwegG

There are growing concerns about the misuse of media and information that is not available elsewhere online as a tool to harass, intimidate, and reveal the identities of individuals. Sharing personal media, such as images or videos, can potentially violate a person’s privacy, and may lead to emotional or physical harm. The misuse of private media can affect everyone, but can have a disproportionate effect on women, activists, dissidents, and members of minority communities. When we receive a report that a Tweet contains unauthorized private media, we will now take action in line with our range of enforcement options.

While our existing policies and Twitter Rules cover explicit instances of abusive behavior, this update will allow us to take action on media that is shared without any explicit abusive content, provided it’s posted without the consent of the person depicted. This is a part of our ongoing work to align our safety policies with human rights standards, and it will be enforced globally starting today.

These policies no doubt protect individual privacy. However, their implementation and enforcement are debatable, considering their broader nature. Some private information could still go unchecked or may not be removed even after requests. Twitter's user base may be low, and user engagement could be completely different; however, it is still hugely influential. Elliot Management is confident of speeded-up growth for the company for this very reason, perhaps.

The platform has always intended to provide a frictionless information-sharing space for its users - the essential basis of the internet. Some may argue - particularly photographers or journalists, that this policy extension could stifle the freedom of expression on the internet. What needs to be understood is that Twitter is part of a culture in which gatekeeping has become a mandate. These policies are in an evolution phase, with more extension expected in the future. The base ground for these changes is to help cut down private information published with malicious intent - the upside of the additions. Based on these policies, the downside could be removing content showing the abuse of minority groups (content that can alert the world of misdeeds).

Twitter's new CEO, who himself has been a proponent of machine learning and artificial intelligence solutions, should look into adding more effective layers to the technology stack.

Twitter's Role as part of the Social Fabric

Compared to its peers, such as Instagram, Twitter differs concerning the user base and functions. Twitter is mainly a text-based platform. However, one can include photos and videos too. The platform, however small, has become an epitome of first-hand information flow. The platform boasts diversified users, ranging from highly influential CEOs from silicon valley, startup founders, governments or government representatives, activists, media personalities, journalists, analysts, bloggers, etc. Think about sending an alert or making an announcement; Twitter happens to be the first go for many. Information flows through at an unparalleled speed on the platform, making Twitter benevolent and malevolent at the same time. If one needs to understand or analyze an outbreak of disease or a protest, or even organize a specific section of people for a cause, Twitter happens to be the platform. Such is the platform's influence around the social fabric of the world. It is tied to the physical world where events - political, social, sports, etc. take place. For a journalist, the platform sometimes, or rather most of the time, has become the first point of source for news information.

Understandably, the platform has a small user base, which is both a concern and an admirable aspect. This is a concern as this converts to smaller revenue than the other social media platforms. And it is admirable to have a smaller user base as it converts to having the most influential users on the platform. The definition of an influential user differs to a certain extent when you compare Twitter with Instagram. Over Instagram, the interaction is mainly with your friends, and one might follow brands and personalities. However, the speed of information flow is considerably low, as, with the infinite scroll of the platform, one tends to be in relaxation/leisure and escapism mode, not being purposeful in approach to understanding the surrounding physical world for immediate alerts of the events as and when they happen. One can see that Twitter provides first-hand information of the events and Instagram users build over it to create insurmountable content for consumption. And this way of consumption can be all the difference for social media platforms for revenue growth.

Twitter needs to ensure that its platform is monetized via direct response marketing, and perhaps it has planned a few steps towards doing so through new ad formats, including shopping formats. Indeed, the platform remains solely important to many sections of people who consume news through Twitter, as most of the time, news or alerts get created on the platform. With the tweet threads, the news also evolves to include some of the most critical information, nowhere else available, for these sections of people. This critical aspect can be used to create new business models for the users and speed up the revenue growth rate.

One possible business model can be based on subscriptions for users with a certain number of followers (e.g., 25k to 100k followers). Having the variable 'number of followers' as a factor to nudge the users to subscribe to the platform services can be helpful, as the platform stickiness comes to the fore for the prospective subscriber. In addition, a subscriber as such would also indicate that they are substantiated influencers on the platform.

For both the above possible business models, Twitter can use its evolving tech stack (with layers of machine learning and artificial intelligence) to provide additional services to the users. These additional services can be in the form of personalized alerts and analyses gathered through first-hand information from across the world with reduced data noise.

Understandably post adopting the subscription model, Twitter may lose some of its users, and perhaps most of its persistent users would not end up being subscribers. And additionally, the ones who subscribe would perhaps be those who would understand the stickiness of the platform and know that information gathered or generated on the platform would never be available anywhere else in real-time. This would also help the users catalyze their influence further. In return, Twitter would be able to upend its platform's stickiness too.

The subscription model provides a third source of revenue for the company. This recurring revenue model would incentivize the company to put its effort into improving the product further. Well, the question is this a feasible option for the company. Consider this: its annualized revenue has been $4.8 billion, with 211 million mADUs. If the company were to earn this same revenue through a recurring subscription model, it needs its 211 million mADUs to pay approximately $2 per month. Alternatively, it needs only 19 percent of these users to pay an average of $10 per month. The subscription models are certainly feasible; however, getting the first user onboard to subscribe to these models is something Twitter has to think about going forward. The company now has the right mix of leadership to make this possible. Let's hope that this leads to a new beginning, true to a fresh breath of air that the company has received over the last couple of weeks. 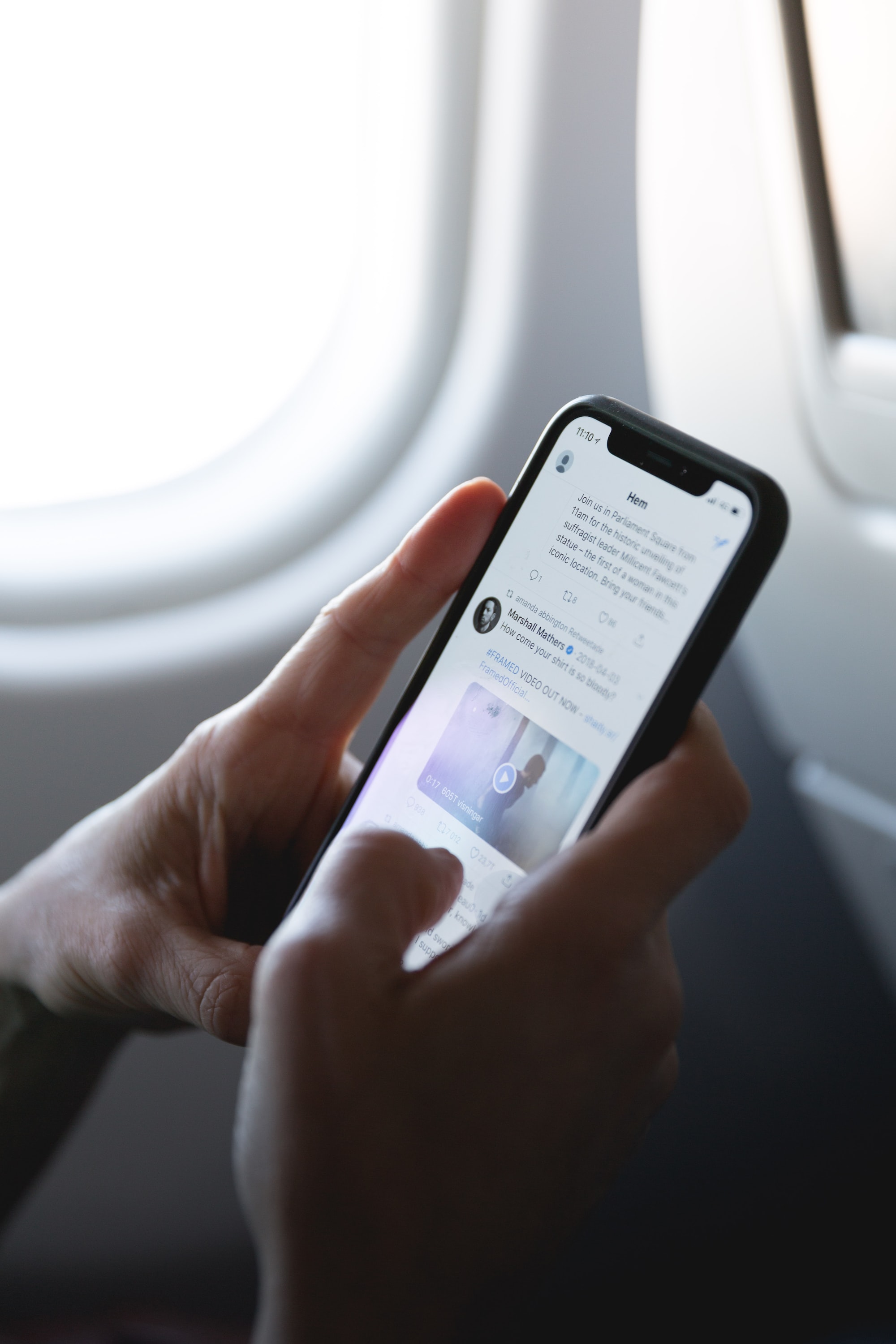